Pioneered onto the stage was ZIZ’s drummer CHARGEEEEE, he had the audience’s arteries shaking with his stomping drum beat. In the clapping beat of the crowd, Jiro, Yugami and Sugiya took to their positions one by one. Vocal Közi dressing in deep-red opened the night with the uplifting melody of “SUPERBSAW”. Up next was “FREAKQUENCY”, in which the electric tone produced by Yugami built up the bouncy and playful bass line with Sugiya. Közi added into the song with even more wildness with the mic stand. Bracing himself with one of his signature white shell guitar (ESP しろうずこ), Közi screamed “Are you ready?” in the insane flashing of the stage lights. “RAYD5” was up next exuding the sentiment of classic American rock music, the audience passionately echoing with “RAYD5!”, a phrase which sounds the same as “Ready Go!” in Japanese. The next number “ISOME-TRIC” burst into the audience’s hearts like a bullet, as Yugami also picked up his guitar and joined in Közi and Jiro, altogether they gave out explosive energy. The accelerating rhythm of “E-I-O” and “BE POP HIGHSTYLE” took the breath of the audience away as a siren, and as the disco ball decorating the venue reflected shimmering light onto the audience in “KOSMOSTILL”, a beautiful sea of hand movements was formed in the crowd. The band then performed their first released song “SANITYMAN”, the crouching rhythm advanced and the audience threw their fists along with the beat. ZIZ concluded the session in the intense atmosphere of “SUPER NAKED DISKO”, Yugami shouldered the beat-setting role as a drummer. CHARGEEEEE grabbed a mic and took to the stage front with Közi enticing the audience. As the whole venue jumped in unison and shouted “DISKO!”, ZIZ’s session ended at the peak of momentum.

Following the passionate performance of ZIZ, the stage was then calmed in the dreamy blue light. As the sign of Moi dix Mois emerged, the dramatic “En Lumière” floating in the background declared the commencement of the ceremony. Drummer Hayato, bassist Sugiya, lead guitarist Mana and frontman Seth all dressing in glittering gothic style appeared on the stage. Mana, who was carrying the black Cross Ray guitar, erupted the tune of “Dialogue Symphonie”. The red and white lights went back and forth, as if taking the audience in a shuffling ride between heaven and hell. “Gloire dans le silence” started in the growling shriek of the vocal, Mana and Sugiya exchanged their position which lifted up the atmosphere even more. The three dramatic numbers “front et baiser”, “twilight flower” and “Witchcraft” altogether transformed the whole venue into a sanctuary. The heavy beat of Hayato blended with the intense bass line of Sugiya, together with the glamorous guitar solo of Mana, one could only be amazed by the spectacular performance of the musicians.

As Moi dix Mois’ session come to an end, Seth introduced the night’s special guest. It was Közi who had previously taken to the stage. Közi changed in a black leather coat, and Mana carried the white Cross Ray guitar, the two of them conquered the two ends of the stage. With Közi joining in, the composition of the performance was enriched to another level. “Beast side” went at times like a wild beast, at times like an elegant lady, while “Ange ~D side holy wings~” was like a hurling storm. In the scarlet and golden lights, Seth, Mana, Közi and Sugiya went close to the audience, and the crowd responded with another wave of head bang. The stage was then filled up with shining white light, and the red cross on Mana’s guitar became the centre of attention. With the splendid and bright tune of “Je l’aime” playing, all that was left in the white light were the angelic silhouettes of the members, as they left the stage one after another, leaving only the scarlet sign of the band on the stage.

Accompanied with the MALICE MIZER’s tune “Bois de merveilles”, Közi、Mana and Yu~ki appeared once again on the stage, the three of them were dressing in their signature color of the MALICE MIZER era: Közi in sleek black coat and red pants; Mana in glam blue blouse and black dress; and Yu~ki in yellow sleeveless coat with a black hat, the audience could not help but scream just at the sight of them. The first song “S-CONSCIUS” was sung by Közi, with Hayato acting as the supporting drummer. The trio from MALICE MIZER brought on the nostalgia with their remake version of this classic work of the band. In the emcee, Közi even tried to invite Mana for a speech by handing Mana the mic. In “N.p.s N.g.s”, the trio approached the edge of the stage driving the audience wild. Mana even fell on the knees and displayed a verse of guitar solo of absolute beauty. In the fervent member call from the audience, Mana scootered back onto the stage with a bunny doll. Közi reappeared with a freaky doll and Yu~ki was busying handing out candies from his pumpkin basket. As the tune “au revoir” serenaded the venue, the audience bid the night’s performance goodbye with a joyful heart. 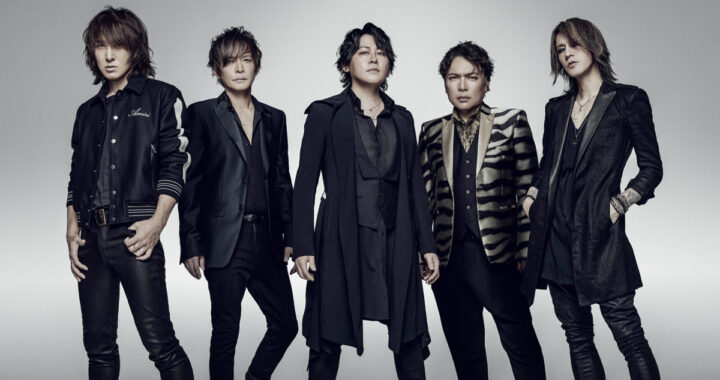 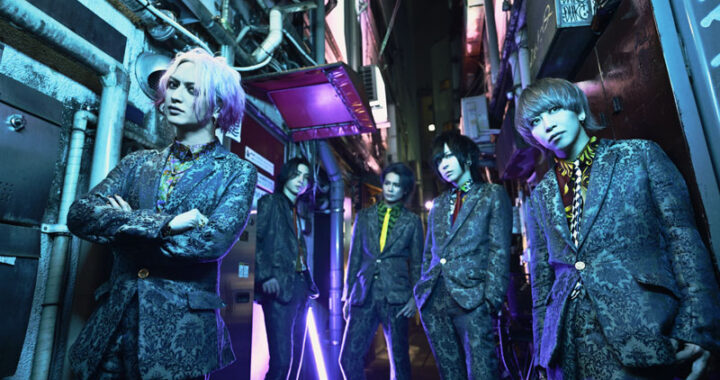